We can help you exercise your rights to protect your assets and get the time with your children you deserve.

We can assist the non-wage-earning or lower-wage-earning spouse from the unfair economic effects of a divorce.

Prenuptial Agreements should work for both parties. We can assist you in creating a plan that benefits you and your partner. 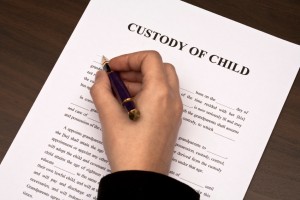 There are often circumstances that necessitate a modification. As your child custody modification attorney in Vancouver, WA, we'll help you to get the results you want. Going into a modification hearing prepared is essential, and without a good reason and appropriate documentation, a ruling in your favor isn't likely. We know exactly what information the courts need in order to reach a just, and favorable ruling. A child custody arrangement modification is most likely when:

When you want an experienced child custody modification attorney in Vancouver, WA that fights for you, call (360) 993-0389 or contact Robert Vukanovich Attorney at Law today.

When it comes to your family and your freedom you need an attorney you can trust.